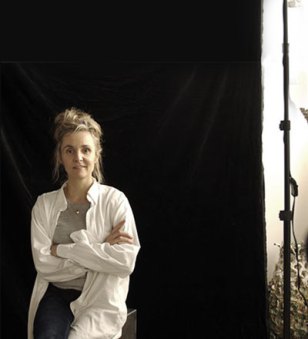 Susan Collett is a graduate from the Cleveland Institute of Art, Ohio U.S.A. earning a BFA degree in Printmaking with a Minor in Ceramics. Since 1993 she has run a full-time studio art practice in downtown Toronto. Public and private gallery exhibitions and commission work sustain her full-time practice.

Large-scale clay sculpture and printmaking has become the focus of her work.

The clay works are hand-built of earthenware paper clay and multi-fired to achieve a complex patina of surfaces. The monoprints are printed from plates made of stitched industrial grade roofing copper incorporating embossed relief.

In 2009, Collett was invited by the ceramic Association of Israel to conduct a Master workshop near the Dead Sea and various invitations to give presentations on her work at The Gardiner Museum of Ceramic Art, Toronto, Hangzhou Art & Design Academy, China and Concordia University in Montreal and California
State University, Long Beach among others. Her work has appeared in Ceramic Review, Ceramic Art & Perception, Ceramics Technical, Canadian Art and various catalogues and publications.

“..just as you’ve decided the material is essentially an earthy colourlessness everywhere, you see that it actually teems with colour, sparkles and scintillates with it, but not in a winningly decorative way. The colour is a sort of rare treat— like the rainbow iridescence that shimmers atop an oil spill, or on the belly of a fish. By which I mean that Collett’s colour is and is not immediately discernable, and seems to depend on where you stand and when and at what angle you peer into the oatmeal depths of these mighty yet fragile, basket-like vessels.”
Gary Michael Dault, Toronto